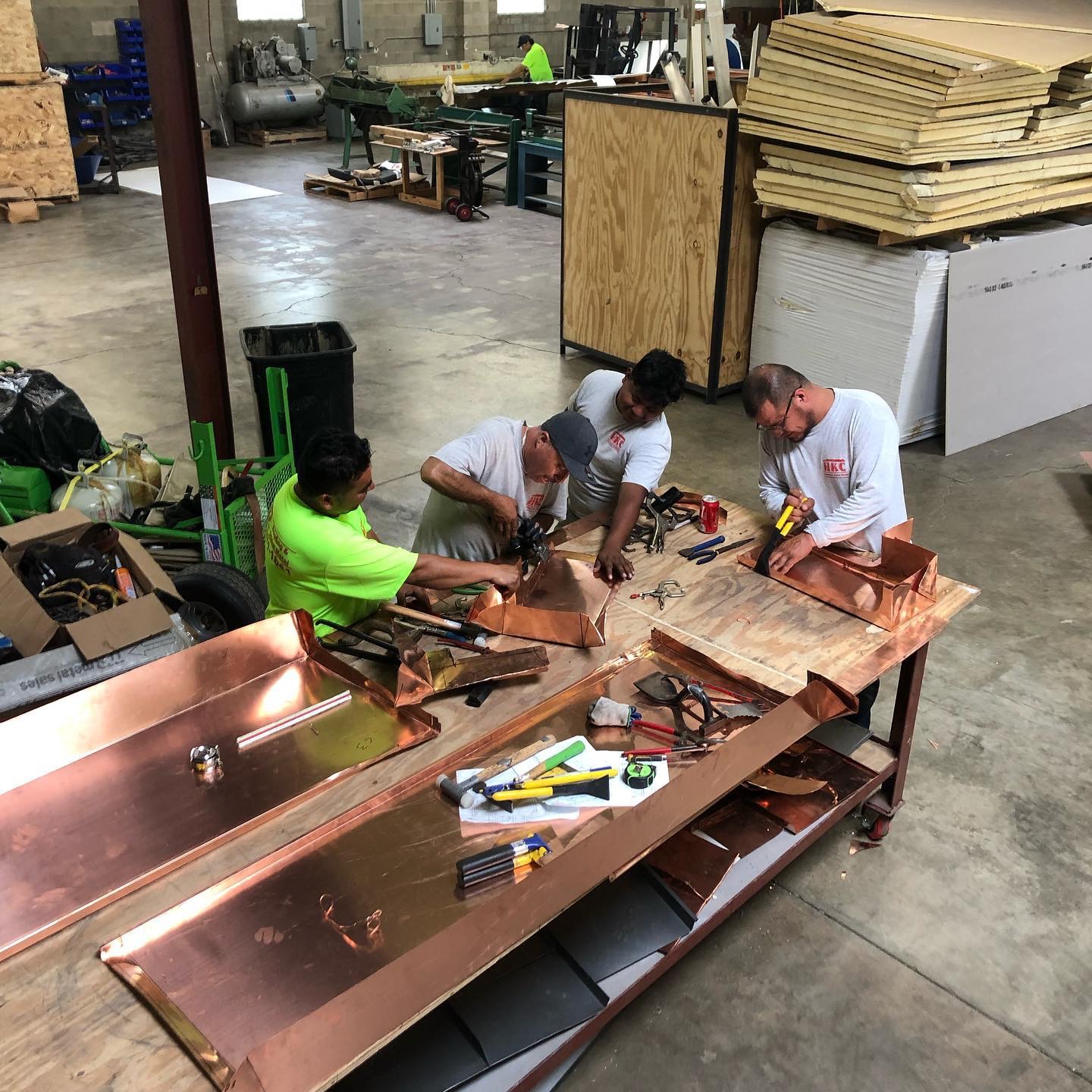 HKC is proud to announce we’re investing in intensive metalcraft training for several of our lead crew members.

Metal roofs nowadays are designed to have the “look” of traditional standing seam without actually accomplishing the folding sequences to make it a truly permanent installation. Many of these roof systems are prefinished and rely on sealants and butyl tapes to keep them watertight. Modern prefinished roofs have failed prematurely in many cases due to being specified beyond their mechanical limits. This is a particular issue in the current market, where metal roof popularity is growing due to its promise of being sustainable. It’s important to remember that in order to be sustainable, it has to last.

Another reason for the metal roofing boom is due to design professionals pushing these systems due to their “ease of installation.” HKC Roofing has always been leery of modern prefinished metal roof systems due to inadequate installation details and waterproofing that relies solely on sealant.

In the hopes of providing a more permanent metal roof system, we are training several of our technicians in traditional seaming methods that do not rely on sealants and can be specified on nearly any style building.

Standing seam roofing or standing seam flashing, when installed in the traditional manner, uses simple 19th-century tools and a collection of specialty seams and folding techniques to ensure all four corners of each pan are fully seamed through, twice.

Another benefit of utilizing traditional seaming is that each panel is an independent unit and, if damaged, can be un-seamed and a new one installed without disrupting the entire assembly. The same cannot be said for modern snap-lock standing seam roofs or flat seam roofs which use soldered details.

Traditional seaming was developed around the year 800 in what is modern-day France, but it has many names in different countries. In Germany, this style is called the Spengler trade. The German Spenglers have been developing this trade for over 500 years, so it has a very long tradition and track record for permanent roofing. Though the trade has been around a very long time, only portions of these seaming techniques ever made their way to the United States. Only a few basic seaming methods were taught in US apprenticeships. Therefore, a comprehensive manual was never prepared in the US.

Currently, a few individuals are working to translate German and Russian trade books into English, in hopes that more roofing contractors, manufacturers, design professionals and building owners will take note of the many advantages of installing permanent metal roofs. HKC Roofing wants to be on the right side of this movement, thus making a commitment to better understanding these seaming techniques.

At the end of the day, this style of roofing aligns with our company’s overall commitment to quality. 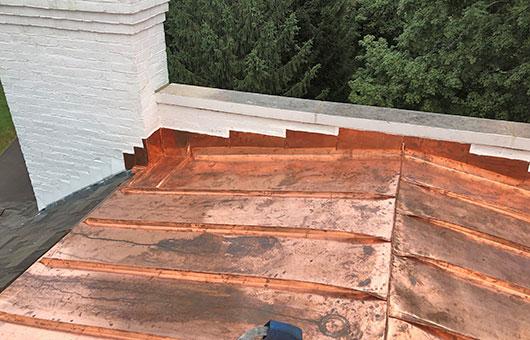 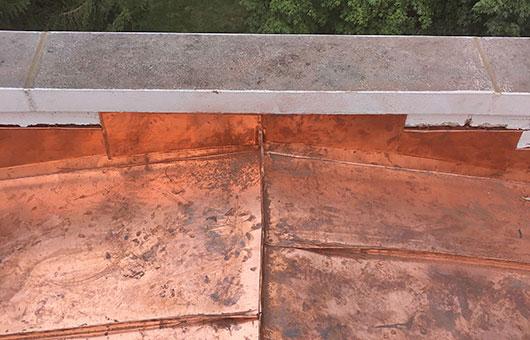 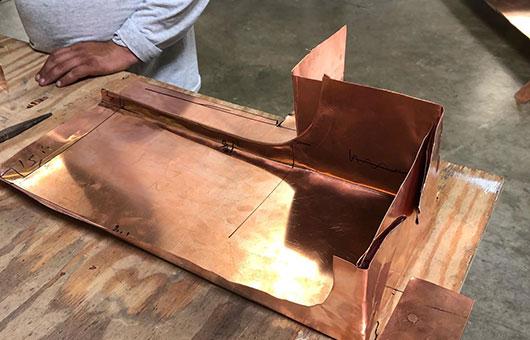